0 Copa America 2016, Copa America Centenario 2016 09:14
A+ A-
Print Email
Spanish Tv Channel Univision TV network telecast all 32 game of Copa America Centenario 2016 in United States in Spanish Language. There are total of 32 games will be played in the event from 3rd June to 26th June 2016. 16 teams from Conmebol (10) and CONCACAf  (6) will take part in this competition to celebrate 100th years of COPA. This is the first time when Copa is being played outside South America. 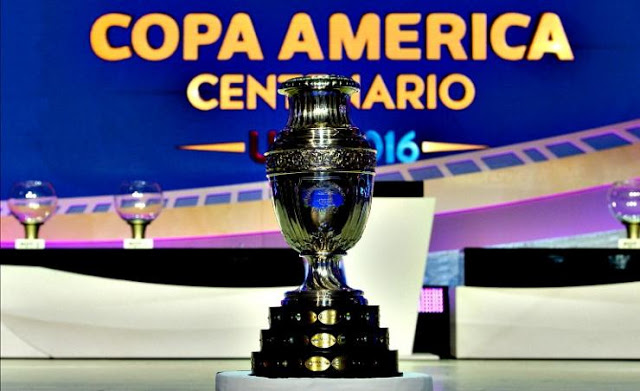 Univision network will broadcast all 32 games of Copa America 2016 live with 2 hours of coverage with pre and post match details on UDN. The opening game played between USA vs Colombia of Copa America Centenario at Santa Clara in Levi's Stadium on 3rd June and will be telecasted live on on Univision, UniMás and UDN at 9:00 p.m. The final match on 26th June will also be on air at 7:30p.m. ET on Univision and UDN from Metlife Stadium.