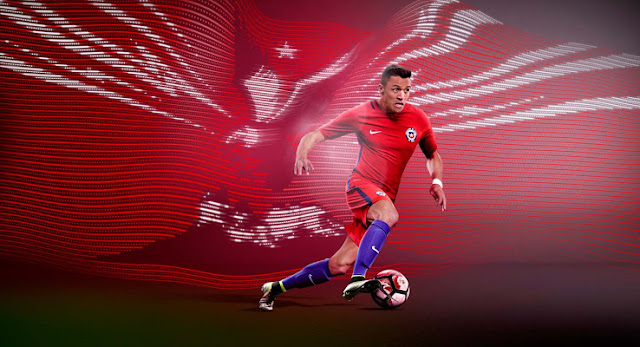 Nike and the Chilean national group today disclosed the all-new Nike Chile home and away pullovers for Copa America Centenario at the brand's 2016 Innovation Summit in New York City. Both Chile 2016 packs consolidate conventional with present day components, not taking into account Nike's all-new Vapor unit with AeroSwift innovation, yet the past Dri-Fit standard.

This is the new Chile home shirt. 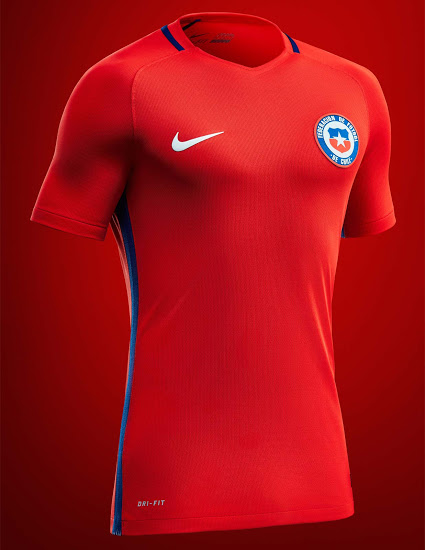 The new Chile Copa America kit boasts a clean design in red, blue and white that is sure to become a fans' favorite. Broadly based on the template of the Paris Saint-Germain 15-16 third kit, the new Chile shirt is red for the most part, with a blue line running down on each side. A constructed, tonal v-collar with blue piping around the rear is used for the Nike Chile Copa America Centenario shirt.

Completing the set of colors inspired by the Chilean flag and the Chile federation logo, the Nike Swoosh, sitting proudly on the right chest of the new Chile jersey, is colored in white.

For the first time in history, the Chile 2016 home kit shorts are red, while the socks are blue. This interesting style is inspired by Nike's 2016 national team kit collection that includes similar combinations for the likes of England, France and Portugal. 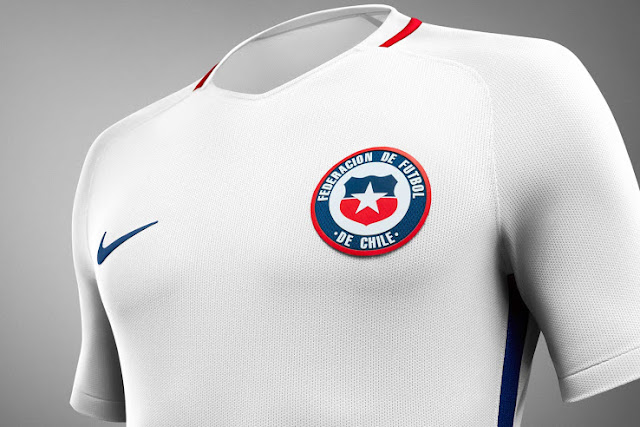 In an unusual move, Nike combines the white Chile away shirt with white shorts and red socks, probably a first in Chile kit history but in line with the brand's other 2016 national team kits.

Do you like the Chile 2016 kit? Let us know in the comments below.
Posted by Vivek Kumar
Share to: